I embed an HTML demo page here, hosted on Google Drive, to test the jqMath plugin.


The module was written by Dave Barton and licensed under the same license as jQuery, that is the MIT license.

It will show great mathematical expression structure on browser that supports MathML (Mathematical Markup Language) and provide fallback using CSS if the browser doesn't support it.

Browsers which currently support MathML are: Chrome apparently dropped MathML feature since the 25th version, which also affected all browsers that use the Chromium engine, such as Yandex.


Therefore, I tinkered this demo (iframe) page on Firefox.

When I tested it on Chrome, because it doesn't have MathML module, jqMath automatically used the CSS and native HTML elements fallback. SLEEK!

Advantage
jqMath doesn't provide images fallback for substituting the characters. That's why it's much faster and way smaller in size than MathJax. All the rendering work is done by the MathML module within the browser (which has it).

Disadvantage
It will only be displayed "as it should be" on browsers that support MathML, otherwise, it uses the CSS fallback. The rendering isn't quite similar with browser using MathML: the positioning, and especially the fonts.
Nevertheless, it still shows a neatly organized characters without any images.

The Markup
If you're interested to try on jqMath on your page, you can download the source (CSS and JavaScript plugin) at MathScribe website.
This is useful for scientific related posts. The equations, the tricks and all.

Or, you can use the files hosted on MathScribe:


The Markup Order
You can place these in the head section of your page.
If you're using Blogger, for just a single post, you can include these just on top of your post, before any content.
Or even further, you can include these in the head using conditional b:if, so that only particular post(s) which has(have) mathematical thingy in it will retrieve the jqMath libraries.

Anyway
Things and library/framework in this demo:
Demo Snapshot on Firefox 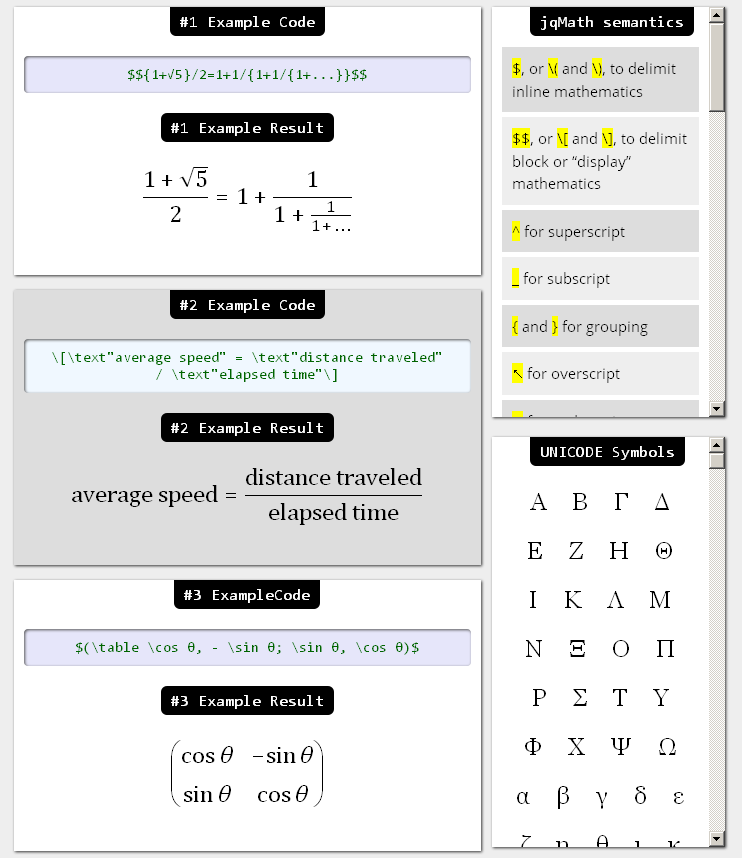 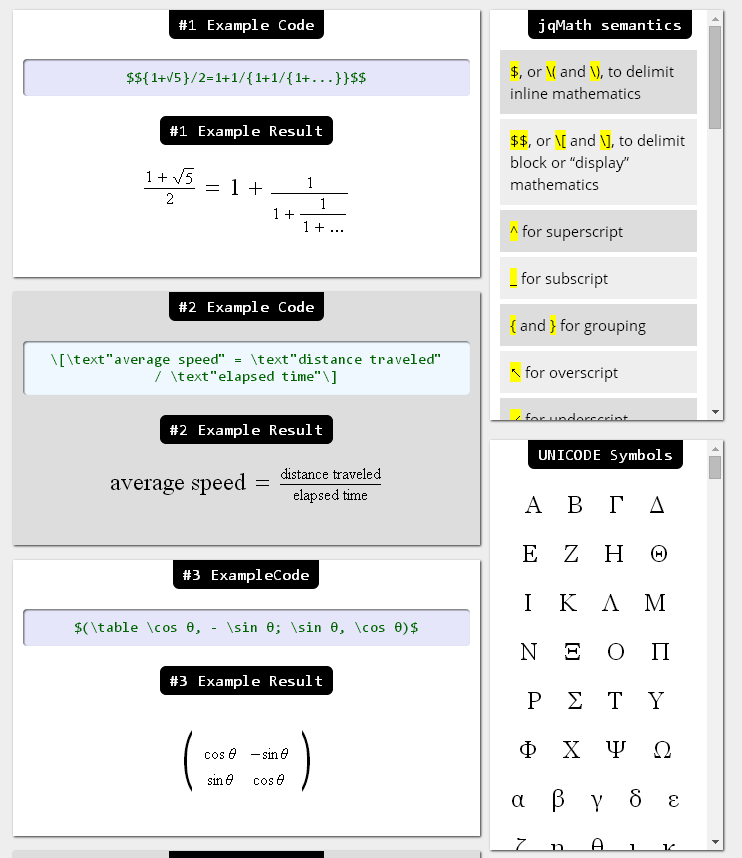 This demo on CodePen