I was forced to listen to a song in a mall right. Because I was in a mall.

Dude in the record was singing nananana blablabla with a guitar then there was a word that sounded like mischievous, or mislead, or something.

So searched Google this word:

The subject would be I in that sentence. 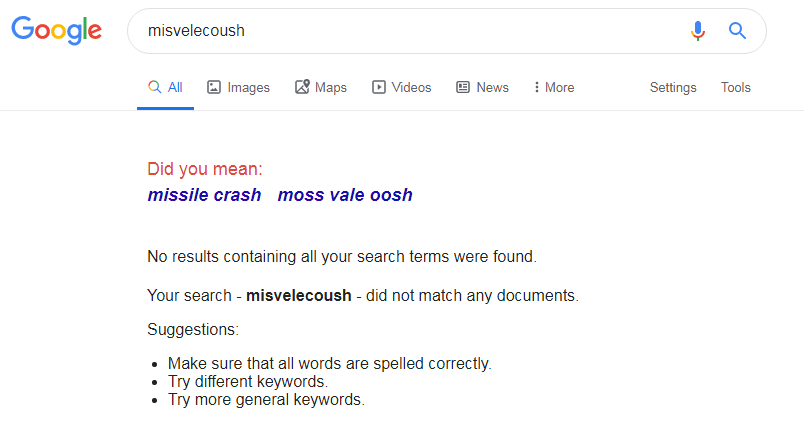 Missile crash? Hm. Rarely a love song used "missile crash" in lyrics. But it could be. Was it a love song? From the other words I can remember vaguely he said something about blblabla. I don't remember any, only that particular word I was hooked on.

Moss vale oosh? Oh, not that either.

Then I was forced to listen Westlife, I think it was "My Love". It was decent.

That was interesting how my perception reacted because of tunes and words. Alrighty, misvelecoush everyone.