Math: Finding the Value of sin18°∙sin54° without Calculator

A somewhat-funky Algebraic trick, which is interesting to me.

Let's find the value of sin 18°∙sin 54° without the calculator.


The things to remember are :

This brain teaser is actually an exercise in the section of sum of angles within the trigonometric function, especially for sine (double-angle) - senior high Math.


You'll see why I just added those two angles as the first step.

Look at this picture I made to watch where it will go : 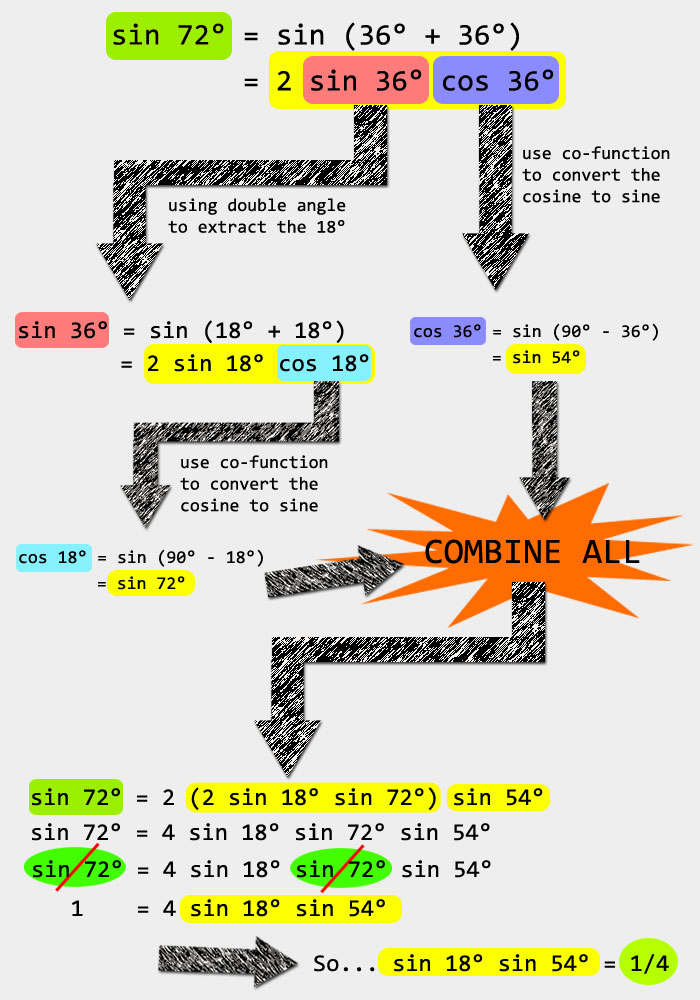 
Anyway, I also made a JavaScript calculator for this particular post, for both sine functions, so you won't doubt the result above.
I round up the result to two decimal places. Try it out:


That is all. Thanks for visiting.